i had a dream!

now brace yourself for the most amazing story you have heard in at least the last 5 minutes!  you are simply not going to believe it...  i had a dream that predicted the outcome of the most important sporting event of, well, the last 53 years (that is if you are an auburn football fan).  monday morning i woke up with visions of an auburn victory dancing through my head!  in the dream, i was in the university of phoenix stadium and it was the last play of the game....are you on the edge of your seat yet?!?  i am sure most of you watched the game or at least know the outcome (unless you are living under a rock)...in my dream (and in REAL stinking life) this play determined if auburn won or lost (well i guess in real life it determined overtime or not but i digress).  i was so nervous, i had to close my eyes but the next thing i knew everyone was jumping and screaming and just having a good old fashion fit!

i was already pretty pumped for the game but after i woke up remembering the dream, the anticipation was crazy!  i told jay about the dream first thing and then when we met eric in the hotel lobby i was all blubbering about it to him too.  you would think they would be beside themselves with excitement standing and talking to someone "so close to greatness" but neither of them were one bit happy about it "because i had never had a dream about auburn before and i was not allowed to have one the night before the national championship game"...they are ridiculous.  that game was just an edge of your seat, never take a deep breath kind of game and i am so thrilled at the end of it all, i was able to scream "i had a dream!"  look at that confetti!!! 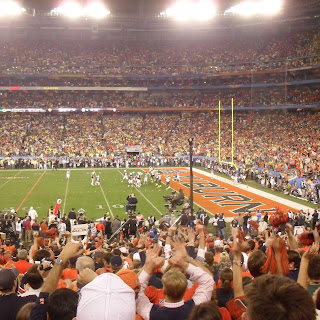 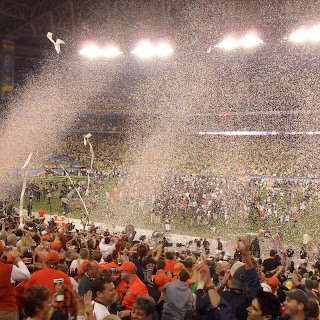 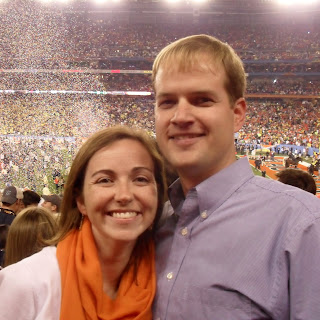 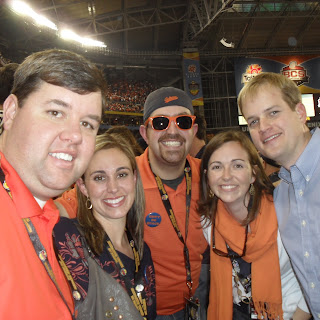 it was overall a great trip and a FANTASTIC night of football.  i highly recommend the hoover dam if you are ever in the vegas area...check it out (i'll post those pictures later)!  i also highly recommend TRAVEL INSURANCE!!!  jay and i would have been stuck in vegas until today (we were flying home on tuesday!) had we not had insurance.  due to the unusually wintery weather the south has been experiencing, we got to vegas to find our flight to charlotte had been cancelled and us air couldn't get us on another flight until today!  so since we had taken out insurance (a holdover from the travel agent days...please, never leave home without it and certainly never leave the country without it!) we were able to bail on us air and buy a new ticket on delta that got us home on tuesday.  i'll also take a moment to recommend travel agents!  we don't travel with a laptop (heck we packed in carry ons only for this trip so there were no extras) and it was great to be able to call someone to find us the next thing to get us home!  if you ever need a recommendation for someone to call, shoot me an email!

oh and before i hit post, i did a quick look at the blogs of friends who i know went to the game and i am speechless that i am the first to get up game pictures!  i know i still haven't posted christmas...shame, shame, shame on me but i promise i'll get us all caught up by this weekend!
Posted by smcfarland at 5:42 PM