funny story...we thought about postponing audrey's dedication for a concert! and the fact that both aunt's and one uncle couldn't be there but i thought 6 months from now would just be more hectic and she would be so old so we went on with things. the first picture, i took the week before in her gown for the ceremony; it is the same one i wore 30 years ago! i regret not putting hadley in the same but you live and learn around here! none of the pictures from the ceremony itself turned out clear but take my word for it that we were "that family"! hadley was having a blast in front of the whole church and only wanted me so i had to hold her hand and audrey in the other because she had just started a mommy phase! toward the end of the prayer audrey decided to arch her back and i almost lost her! i mean almost dropped the poor baby in front of the entire church! i knew it hurt her and so i go running out trying to beat her cries out of the sanctuary! what a morning! it all relaxed a bit after and we headed to lunch at felix's with the family...in the rain! if you have been there before during a rain of any kind, you know the parking lot floods so we were quite a scene trying to get out of there but we all had a great time and love all of you for making the trip! 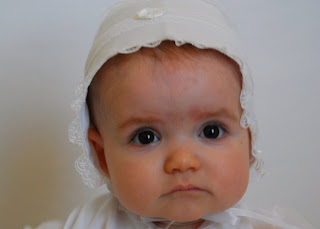 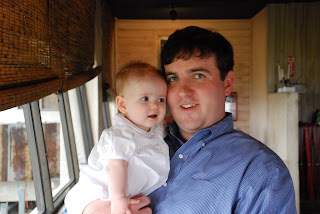 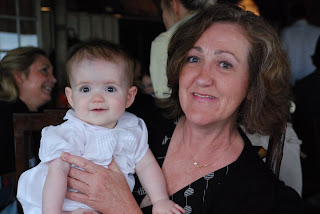 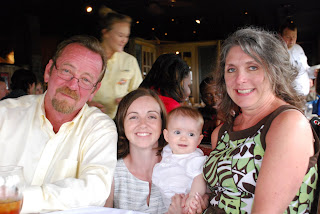 with papaw and lala 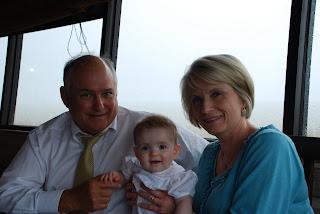 with pops and grammy

Posted by smcfarland at 5:49 AM