Jay had to be in Birmingham the week before Carter's birthday party for work so the girls and I drove up on Thursday and took advantage of Jay having the day off on Friday to spend the day together and do something fun! We took the girls to the McWane center and out to lunch...what fun! I hope Hadley enjoyed herself as much as I did! Audrey just hung out in the stroller but it is so exciting to start doing these kind of outings! 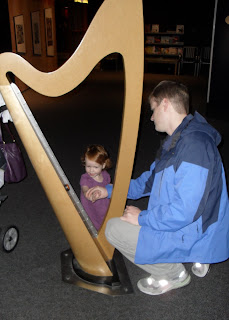 with jay playing the harp 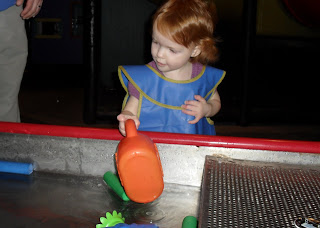 playing in the water 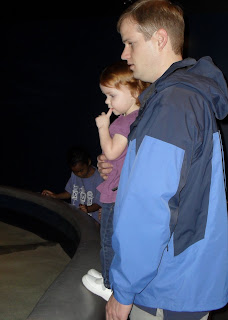 just before the stingray swam her way and FREAKED her out! she rarely gets scared by things but from that point on would only go near the aquariums if i was "i hold you" (hadley code for hold me!). i tried to get her to touch the glass so she could understand that even though the fish appeared to be swimming toward her they could only go so far...but that prompted the very first "no mommy"!

Posted by smcfarland at 9:13 PM